Shop All Products +
By Category
By Class
By Concern
More Info

Shop All Products +
By Category
By Class
By Concern

According to articles published in Marie Claire & PREVENTION magazines, the all-natural acne pimple patch from LEROSETT® stopped a blemish from debuting on the red carpet. 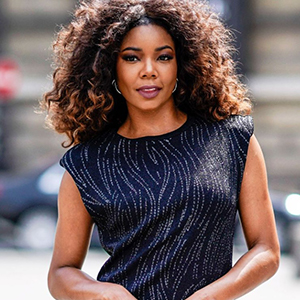 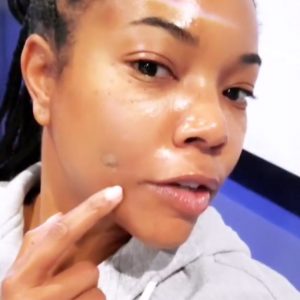 Documenting her preparation for the 2019 Oscar Awards on her Instagram, Union showed her 16 million loyal followers how LEROSETT® Spot Treatment & Clearing Mask (the only clinically proven pimple spot treatment that is 100% organic, with no chemical additives) was applied to a poorly timed hormonal pimple breakout on her cheek — just 2 hours before starting her makeup.
“Zit eliminated!”  Union said when the clay was wiped off by her makeup artist, revealing it was gone. The breakout was flattened just in time for her appearance on the red carpet!

Gabrielle Union-Wade is an American actress, voice artist, activist, and author. Her acting resume alone spans television and movies since 1993 including notable roles in films such as Bring It On, 10 Things I Hate About You, and currently starring in the TV series LA’s Finest. Union graduated with her Bachelor’s Degree in Sociology from UCLA, authored her memoir We’re Going to Need More Wine in 2017, and throughout her acting career has been a notable advocate for survivors of sexual assault, violence against women, and issues around women’s health. Gabrielle married NBA Star Dwyane Wade in 2014. She is step-mom to Wade’s 3 children and the couple welcomed the birth of their daughter in 2018.

Follow her skin care routine on her Instagram and see what her esthetician & Gunilla of Sweden® authorized retailer, Lindsay of GLAM Boutique Spa, has to say about LEROSETT® Spot Treatment & Clearing Mask!